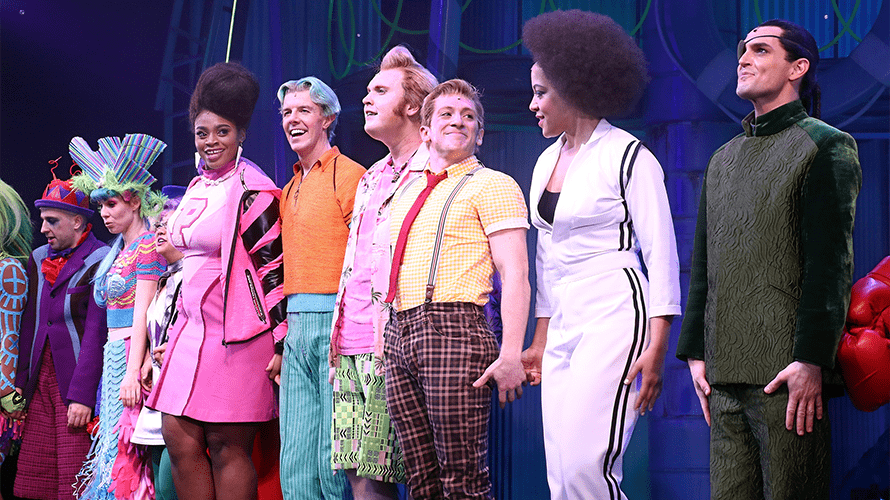 SpongeBob SquarePants: The Musical will close without recouping its $18 million cost. Getty Images

SpongeBob SquarePants has been minting money for Nickelodeon since the show debuted in 1999. But after 11 seasons, two movies and more than $13 billion in merchandising revenue, the animated residents of Bikini Bottom have finally discovered a segment of pop culture they couldn’t conquer: Broadway.

Nickelodeon announced that SpongeBob SquarePants: The Musical will close on Sept. 16, less than one year after it opened on Broadway last December. It will have played 327 regular performances and 29 previews.

The official reason given for the show’s close is because of previously-planned renovations to the Palace Theatre, the musical’s home, which will be elevated 29 feet above street level to create space for retail stores underneath it.

However, if the musical had been even a moderate success, it certainly would have moved to another Broadway theater. But the show, which was capitalized at as much as $18.35 million, according to the New York Times, was playing to less than 70 percent of its gross potential each week, and will close without recouping its capitalization.

The show’s closure represents a stumble for Nickelodeon, as the network had made the musical the centerpiece of its March upfront event, which was held at the Palace Theatre. Cyma Zarghami, who was still president of Nickelodeon Group at the time, told Adweek that the musical tied into Nickelodeon and Viacom’s reinvention theme for this year’s upfront.

“That’s one of the themes for our upfront this year, is reinvention on behalf of the audience, reinvention because of what’s happening in the industry and reinvention at the heard of the creative community,” she said. “The SpongeBob musical is an incredible example of how great IP at the center can serve the audience on every platform, and by the way, expand the footprint of that audience into families and adults.”

But Zarghami exited the company in June, after three decades at the network, and now SpongeBob is leaving Broadway.

SpongeBob SquarePants: The Musical had been a big hit among Viacom’s advertisers, Viacom ad sales chief Sean Moran told Adweek in March. “We brought about 300 people to go see the show back in December, and we keep fielding requests from clients, agency folks, and even some of our competitors, who all want to bring their families there. So it’s been fantastic on so many levels,” he said.

Nickelodeon had produced its first Broadway musical as part of Viacom’s push into more live events under Viacom CEO Bob Bakish. Last month, the Nickelodeon SlimeFest festival made its U.S. debut in Chicago.

The critically-acclaimed musical received 12 Tony nominations, more than any musical this season, but won only one, for best scenic design of a musical.

Nickelodeon said a North American tour will begin next fall, and that school and youth group licensing rights will be available next year.

It’s a rare misstep for the SpongeBob franchise, which averages more than 100 million total viewers every quarter across all its networks and is seen in more than 209 countries and territories. It has spawned two feature films, with a third due out next year.