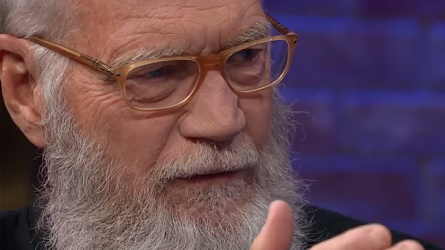 The hour-long conversation is a marvelous, lazy ramble, detouring quite often to less humorous anecdotes, like the time the host’s childhood psychologist committed suicide after Macdonald had attended four sessions. 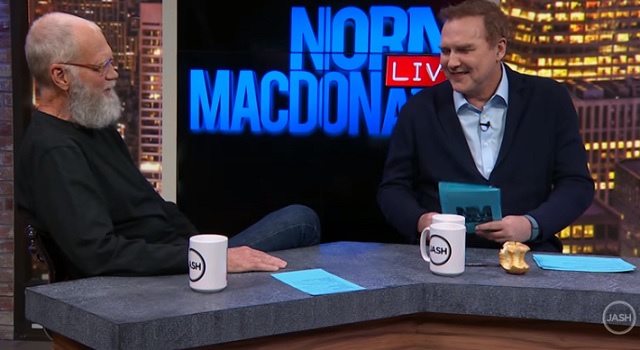 One of the funnier junctures occurs late. First, Macdonald’s sidekick Adam Eget, with a straight face, asks Dave, “Where do you get your ideas from?” in reference to Letterman’s run as a late night host. No answer, just laughter. Then Norm follows with an observation that there was real chemistry with guest and former boss Mary Tyler Moore. Asks Norm, when Dave wonders what the exact question is: “Did you ever lie down on top of her?”

Letterman’s answer is great. So is this hour. Like audio podcasts, it’s wonderful to be treated to this sort of extended and different pacing. We’re eavesdropping on a conversation rather than watching “programming.” There’s also a Top Ten list at the very end of the episode. Or is there? Bookmark, watch and enjoy.

Previously on Fishbowl:
David Letterman Would Have Loved to Interview Bob Marley
Tracking Down That Norm Macdonald-Robin Williams Episode