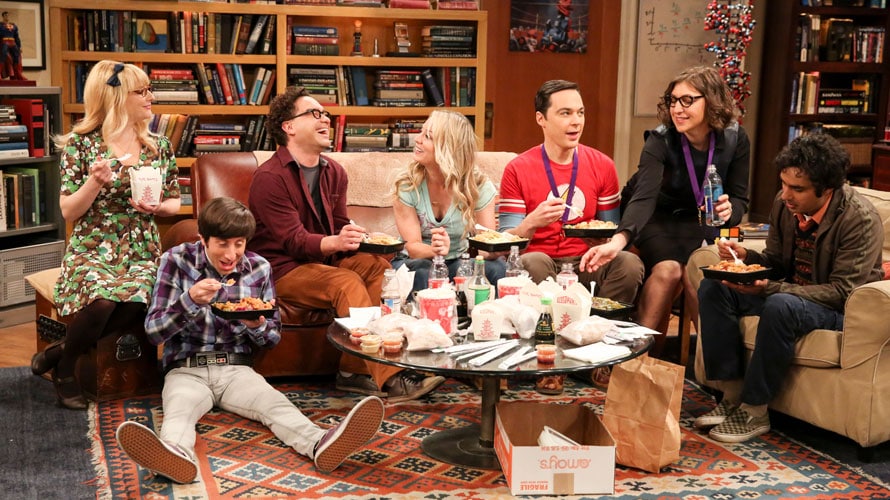 The Big Bang Theory went out on top Thursday night, with a series finale that drew 18 million total viewers, the show’s biggest audience since September 2015, and a 3.2 rating in the adults 18-49 demo.

CBS projects that the hourlong episode’s audience will grow to 24.8 million in live-plus-7 ratings.

The finale also boosted the ratings for the season finale of Young Sheldon, which will take over Big Bang’s Thursday 8 p.m. time slot next season. The Big Bang prequel was watched by 13.7 million total viewers, its largest number since January 2018, and had a 2.2 demo rating. A Big Bang farewell retrospective at 9:30 p.m. drew 11.8 million viewers and a 1.8 demo rating.

And last night’s Late Show With Stephen Colbert, which featured the Big Bang cast, had its best Thursday delivery and second-highest metered market number ever (3.8), since that show debuted in September 2016. Late Show also had its best 18-49 overnight number since Feb. 15, 2016.

CBS had secured as much as $1.5 million per 30-second spot for the hourlong finale—roughly five times the average cost for an ad on the show this season—with strong demand from movie studios, tech and food companies.

The longest-running multicamera series in TV history (with 279 episodes over 12 seasons), The Big Bang Theory has been the last remaining blockbuster sitcom in the streaming era: like Friends, Two and a Half Men and Seinfeld before it, its episodes drew enormous audiences not only in original airings but also repeats and syndication.

It’s the No. 1 comedy this season among adults 18-49 in Nielsen’s most current ratings, which incorporate live-plus-7 data (averaging a 3.7), and it is No. 2 in total viewers among all prime-time programs (behind only Sunday Night Football), with 17.4 million.

The cast received a standing ovation (only the second one of upfronts week) during their surprise appearance at the CBS upfront presentation on Wednesday.

Those involved with the show told Adweek they are optimistic its finale doesn’t signal the end of an era—or of broadcast TV’s reign. CBS Entertainment president Kelly Kahl said that “there’s always room for the next show that speaks to people and crosses generations—and maybe that show hasn’t revealed itself yet.”

After all, he pointed out, it took Big Bang three or four seasons to blossom into the gargantuan hit that it is now. “So maybe there’s some show on now that will reach that level, or maybe something new in the fall,” he said.