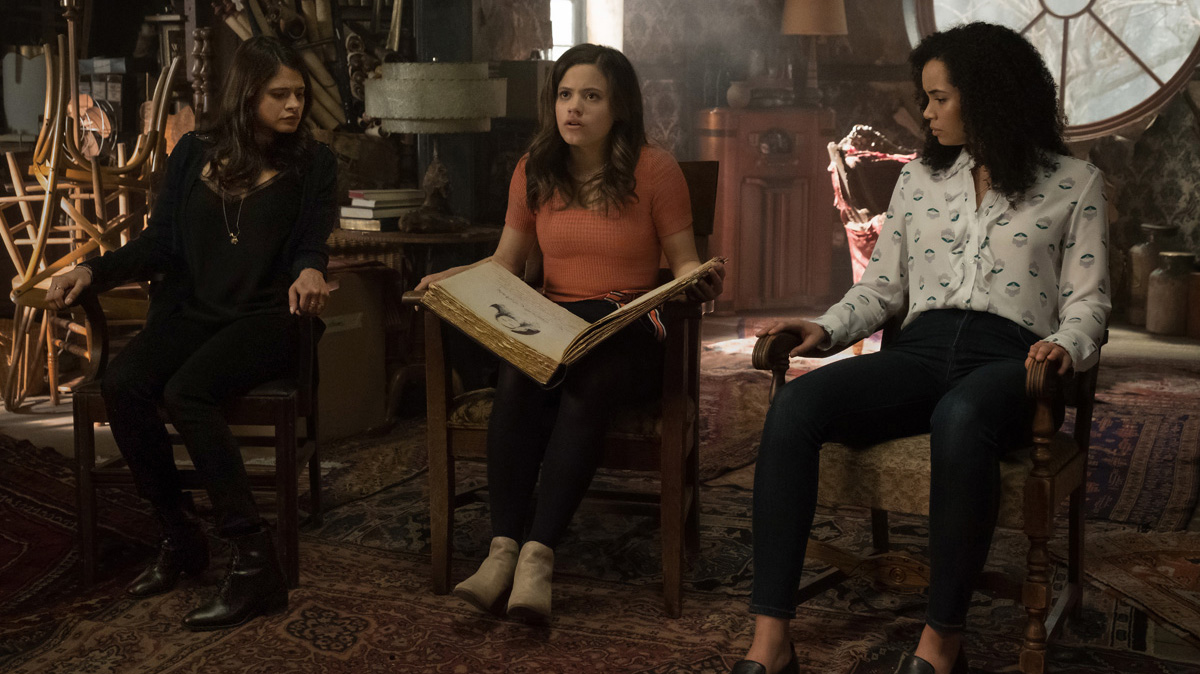 The CW's new take on Charmed will air on Sundays at 9 p.m., after Supergirl. Katie Yu/The CW

As The CW expands to Sundays this fall, the network has found space on its six-day schedule for all five of its superhero shows, as well as reboots of Charmed and Roswell.

But the network is also preparing to say goodbye to a trio of series—Jane the Virgin, Crazy Ex-Girlfriend and iZombie—all of which will air their final seasons in 2018-19.

The network released its 2018-19 schedule—which includes three new dramas in the fall, with two more ready for midseason—on Thursday morning, shortly before its upfront at New York City Center.

In February, The CW said that it would expand its schedule to Sunday nights next season, programming six days a week for the first time since 2009. As a result, the network will be airing more scripted hours in prime time this fall than ABC, NBC or Fox.

“We do believe in broadcasting. We wanted to stake a claim that we are growing while others contract,” The CW president Mark Pedowitz told reporters this morning of the expansion to Sundays. “The affiliates very much were supportive of having another night of programming being supplied by The CW.”

The fall lineup includes all five of The CW’s superhero series: Supergirl, The Flash, Arrow, DC’s Legends of Tomorrow and Black Lightning. Previously, Pedowitz had said that he wanted no more than four of those shows to be airing at any one time. 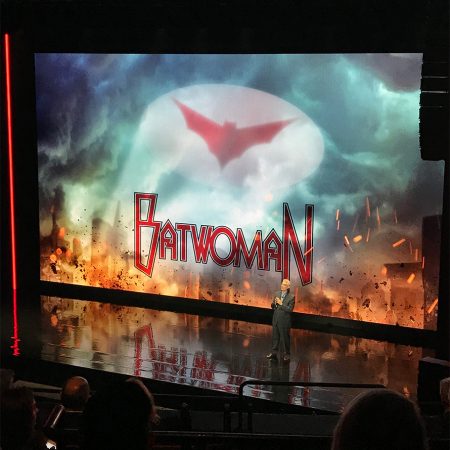 Mark Pedowitz said that Gotham City is now a part of The CW's "Arrowverse."

During the network’s upfront presentation, Arrow star Stephen Amell revealed that next season’s annual December crossover event between all the network’s superheroes would feature a new addition. ““We will be fighting alongside Batwoman, which is terrific,” said Amell.

“This is the first time ever that Batwoman will make a live-action appearance on any screen,” said Pedowitz, who also announced that the city of Gotham will become an official part of the “Arrowverse,” which connects all of its superhero shows except for Black Lightning.

Supergirl moves to Sundays to kick off the network’s new night of programming at 8 p.m., paired with Charmed, a reboot of the WB drama that aired from 1998-2006 about three sisters in a college town (now played by Melonie Diaz, Sarah Jeffery and Madeleine Mantock) who learn that they are witches.

“We wanted to have an established show there and a name-brand show there,” to prove to network affiliates that The CW was serious about Sunday programming, Pedowitz told reporters this morning.

DC’s Legends of Tomorrow returns on Mondays at 8 p.m., where it ended its run last season, followed by Arrow, which moves to a new night.

Tuesday features another superhero double-feature, with the same The Flash and Black Lightning combination from this season.

Riverdale returns on Wednesday at 8 p.m, leading into new series All American. Yet another show from Greg Berlanti (who now has a whopping 14 shows on broadcast, cable and streaming services), it’s based on the life of NFL player Spencer Paysinger and about a high school football player from L.A.’s South Central who is recruited by a coach (Taye Diggs) to play for Beverly Hills High.

Supernatural is back for Season 14 on Thursday at 8 p.m., followed by a spinoff of The Originals (which itself was an offshoot of The Vampire Diaries) called Legacies. That new series follows the next generation of supernatural beings at The Salvatore School for the Young and Gifted. Because the network gave the show a straight-to-series pickup, there was no footage to screen for buyers at the presentation.

Dynasty returns at 8 p.m., leading into the final season of Crazy Ex-Girlfriend.

Waiting in the wings at midseason are final seasons of both Jane the Virgin and iZombie, along with two new dramas. In the Dark is about a blind woman, who was the only witness to the apparent murder of her drug dealer friend and is searching for the killer.

Pedowitz hopes that show will fill the void caused by the departures of Jane the Virgin, Crazy Ex-Girlfriend and iZombie after this season. “We will miss each of those shows in terms of what they have done to help the perception of The CW across the board,” he said. “We do believe we have crafted a one-hour comedy model, with a little bit of drama in it.”

Roswell, New Mexico is The CW’s second reboot for next season; the original show (which was just called Roswell) aired on The WB, and then UPN, from 1999-2002.

Tuck said that The CW won’t be following NBCUniversal and Fox’s lead in reducing ad loads next season. “Most of the clients are hesitant on the premium that would be pushed back towards them,” he said, adding that the network is open to that prospect in the future.

Jared Leto’s band 30 Seconds to Mars, whose music will be featured on the network, kicked off The CW’s upfront presentation. “If you want to get a little crazy, it’s up to you,” Leto told the audience of buyers. “But I know you’ve got your suits on.”

(New programs in ALL CAPS)

Midseason
IN THE DARK, iZombie, Jane the Virgin, The 100, ROSWELL, NEW MEXICO