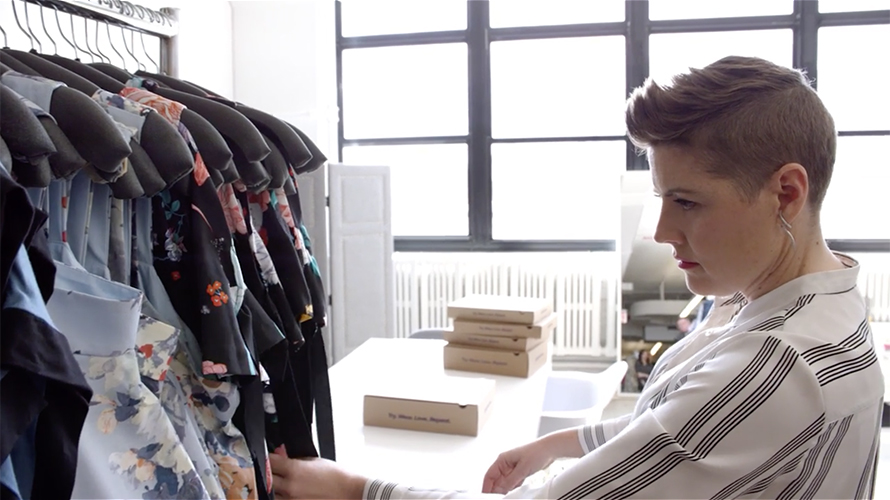 Before they started battling for upfront dollars, the TV members of the Video Advertising Bureau (VAB) joined forces for the first time to create a national television ad campaign touting the power of TV advertising for “direct-disruptor” brands.

The VAB, which includes more than 100 broadcast and cable networks and the country’s largest MVPDs, pooled its resources and ad inventory for the “Television. Be Known.” campaign, which launches today.

It features a pair of spots, each focusing on the founders of a “direct-disruptor”— home furnishings and décor retailer Wayfair and women’s clothing subscription service Gwynnie Bee—talking about how TV advertising helped their respective businesses grow.

The spots were created by Viacom Velocity, Viacom’s in-house branded content studio, and will air for the next 11 weeks on more than 70 networks, as well as “virtually all” local TV markets and cable, satellite and telco video distributors, according to the VAB. Velocity cut two-minute, 30-second and 15-second versions of each brands’ spot.

Viacom recommended Velocity for the project, and the entire VAB membership is contributing to the production costs, and offering up their inventory assets for the campaign. The multiplatform campaign includes spots on linear, VOD, online, airport TV, mobile and networks’ TV Everywhere apps.

“We’re excited to see the industry come together for this unprecedented campaign and movement,” said Viacom ad sales chief Sean Moran in a statement. “The campaign not only underscores that television is still the most powerful medium to build brand affinity and influence purchasing decisions through premium storytelling, but the range of ad placements also demonstrates the advancements of our collective capabilities to reach consumers whenever and wherever they consume content.”

This is the first video ad campaign from the VAB and its members. Last year, the membership collaborated on a print campaign, with print, digital and out-of-home elements, with the message that “no platform drives business like TV’s premium video-at-scale.”

“This campaign is the first time the TV industry has come together with one unified voice to show the dramatic impact TV advertising can have on the success of a business,” said David Kline, evp, Charter Communications and president, Spectrum Reach, in a statement.

The campaign launches as the VAB releases a new report on how TV drives outcomes for “direct-disruptor” brands like Airbnb, Wayfair and Zillow, which sell or provide goods or services directly to consumers, and turned to TV to help expand their customer bases. With the report, the VAB is countering the narrative that digital-centric brands don’t need TV as part of their media mix.

“These digital-native, data-driven brands spent over $2.5 billion on TV advertising in 2017 alone,” said VAB president and CEO Sean Cunningham in a statement.

Since 2014, the VAB has released annual reports on what has triggered increased growth for those brands. Its insights team looked at 50 “direct-disruptor” brands across 30 categories (including Harry’s, Ebates, Booking.com, Peloton and Ancestry) and how TV advertising has boosted their businesses. Those brands in the study collectively spent more than $1.3 billion on TV advertising in 2017, a 98 percent year-over-year increase.

The full VAB report on “direct-disruptor” brands is available here.