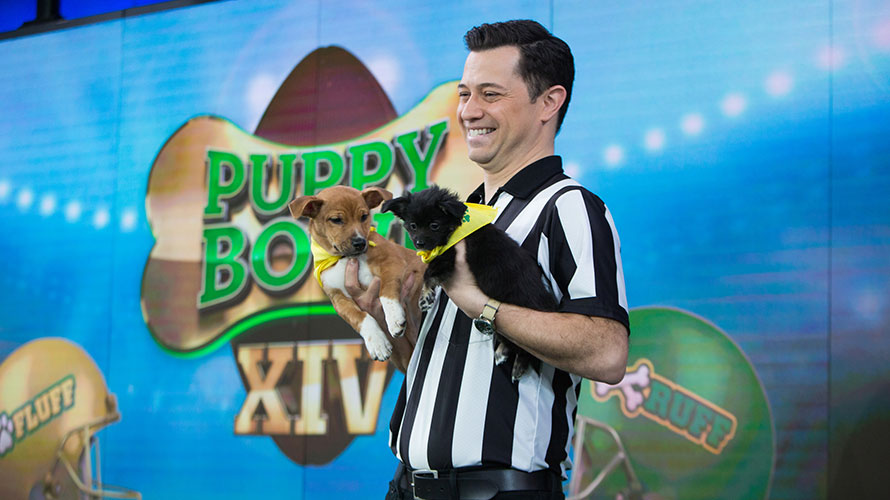 There’s one day out of the year that many Americans are guaranteed to be gathered around a screen. And it’s not to watch the local news.

And if we’re gathered around a screen (or preparing to)—there’s opportunity for media organizations to take advantage, either by throwing parties surrounding the big to-do, advertisements in the game itself, as well as stacking content in direct competition with or around it to capture consumers’ attention.

“The most important thing the Super Bowl provides is a huge reach, so if you want to very quickly build a brand, there’s nothing even close to the Super Bowl,” said Tim Calkins, clinical professor of marketing at Northwestern University’s Kellogg School of Management. “Certainly, in the world of media where scale is important, the Super Bowl is such an important venue.”

In these last few years, new media organizations, like Blacture, announced its launch with an in-game spot, NBC saw huge ratings for its show, This is Us which premiered after the game and, of course, the Puppy Bowl has seen record-breaking success. But, if none of those options work for a media organization, they could just throw a really good party.

That’s what Sports Illustrated, for example, intends to do this year after it decided to move its swimsuit issue to May and wanted to take advantage of the space in its calendar in a big way.

The ticketed event, in conjunction with Talent Resources Sports, will feature performances by Snoop Dogg and Lil Wayne on the Saturday before the Super Bowl in Atlanta, with a silent auction benefiting charity.

“Sports Illustrated is about entertaining and informing our readers from an editorial perspective and that translates often into surprising and delighting in consumer events,” said Sports Illustrated Publisher Danny Lee, declining to give financial details surrounding the partnership with Talent Resources Sports.

It would be “odd” if Sports Illustrated, which offers extensive editorial coverage on the event, didn’t participate in some way surrounding the Big Game, which “allows for a mass market message,” said New York University Stern School of Business Professor Priya Raghubir in an email.

“As audiences become more and more scattered with the proliferation of media (social and traditional), the Super Bowl remains one of the few occasions that garners over 100 [million] eyeballs,” Raghubir said.

Milo reminds us to come together for the Big Game. Watch This Is Us on NBC, Sunday, February 4. pic.twitter.com/Iawc1llCWj

Last year, NBC premiered that episode of This is Us after the game. It was intended to satisfy fans, not necessarily to draw in new ones, as NBC Entertainment chairman Robert Greenblatt said at the time. But, that episode reportedly attracted more than 5 million viewers.

Given the “fragmentation” with how fans and consumers get their content, media organizations need to think of themselves as a brand, said Michael Neuman, adjunct professor at Columbia University.

“If a media organization can align with the right entity and spark a conversation and that becomes a big story, then there’s a built-in audience that’s substantial,” Neuman said. “Making an investment and rolling the dice in a marketing or advertising scheme makes plenty of sense.”

Ratings for last year’s Super Bowl on NBC dipped to 103.4 million viewers, about a 7 percent decrease from the year before 111.3 million viewers on Fox. But, there’s still opportunity for the Super Bowl to grow beyond traditional broadcasters.

In addition, he said, there’s opportunity to grow in offering “customized” experiences to these big shows, think sports gambling or a service that would breakdown the stats of the game as they happened in real time.

There are ways to make “micro audiences” everywhere, he said. Just look at the Puppy Bowl on Animal Planet.

It started in 2005 as an alternative to the Big Game with 638,000 viewers. They added more gimmicks, like Kitty Halftime, a water bowl camera and other animals serving as cheerleaders and have secured advertisers that range from Bissell to Subaru.

Last year, the Puppy Bowl XIV scored its highest ratings ever—with a 1.46 rating among Adults 25-54, among live and same day viewing and averaged more than 3 million viewers from 3 p.m. to 5 p.m. ET.

“Opportunities exist for everyone to embrace the 72 hours of what the Super Bowl means, even for people who aren’t going to watch,” Favorito said.