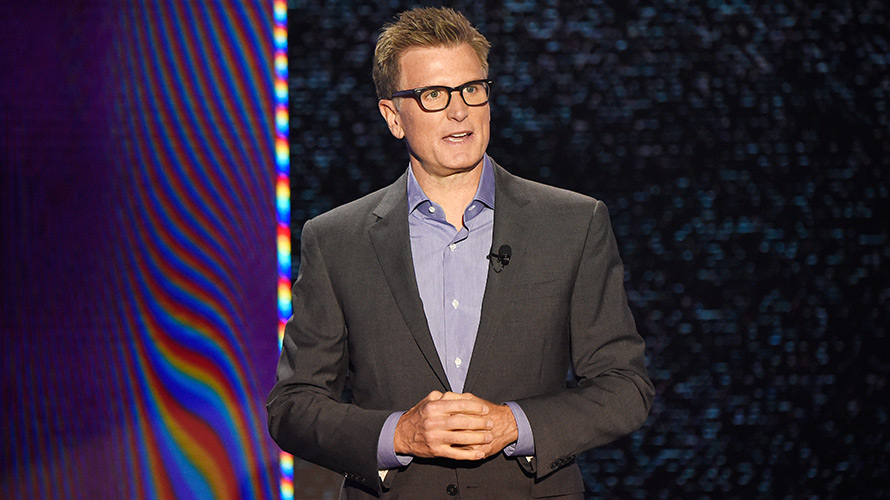 A year and a half after he first began to overhaul TBS and TNT, Kevin Reilly said that the television industry is in for a major transformation of its own.

Reilly, president of TBS & TNT and chief creative officer of Turner Entertainment, spoke to reporters about the industry, the evolution of his networks and the success of TNT’s 50 percent ad load reduction, at the Television Critics Association’s summer press tour in L.A.

Over the next few years, Reilly predicted, the number of cable channels will decrease as “you’re going to see additional consolidation” and corporate alignments.

Reilly noted that “there was a good business model for a long time” as companies created additional cable networks to gain leverage with cable operators. In contrast, Turner “kept with a very tight pod.”

But now, with the shift toward skinny bundles, the opposite is true. Companies with a portfolio of “16, 17 networks … will not be sustainable going forward,” said Reilly.

Reilly’s parent company, Time Warner, if its merger with AT&T goes through, could drive one of those seismic industry shifts. Reilly said he can’t comment on the merger, but “that would certainly be a big step in that direction” of consolidation.

No matter how the industry changes in the coming years, “we will be there,” Reilly said of TNT and TBS. However, Reilly predicted that TBS and TNT will be more “radically different” two years from now than they were two years ago, as he was just beginning to overhaul the networks.

Some of that is due to behind the scenes work with audience development and optimization, which Reilly attributes to some of his shows’ ratings retention and growth.

Reilly said TBS and TNT are still in “the early stages” of their evolution, but he’s “thrilled” by the results so far. Of the approximately 65 comedies on cable, roughly two-thirds of them have seen their year-over-year ratings decline, but “all of our shows are going to be up year to year,” he said. On the drama side, Reilly said of the top 20 returning shows on cable, every show is down year over year, with the exception of TNT’s Animal Kingdom.

Reilly said if The Shield, which he launched in 2002 when he was FX’s chief and helped usher in the modern golden age of television, had come out today, it wouldn’t have had the same impact on the oversaturated world of Peak TV. “It would have been the same great show, but I don’t think that’s possible again. I don’t think The Walking Dead’s possible again,” he said. The Shield’s game-changing debut was a “singular moment” that can’t be replicated.

When it comes to ad load, less is more


Reilly said TNT’s effort to reduce ad load by 50 percent for its original dramas has been paying off for consumers. The smaller ad breaks have resulted in higher recall and intent to purchase among audiences, he said.

“Nobody watches commercials if you ask them. Nevertheless, they watch commercials,” he said. The network airs a countdown clock during ad breaks, to remind viewers when the program will resume. The company developed that idea organically as it developed ways to deliver “a better experience” to viewers.

However, the reduced ad load remains “an experiment,” said Reilly. “I don’t think we’re going to be able to move the industry here single-handed.”

Reilly kicked off his executive session by riding a low rider bike on stage, asking “If you could do it, wouldn’t you?” Reilly also spoke with Snoop Dogg, who will host Snoop Dogg Presents The Joker’s Wild this fall for TBS.

Dogg said The Joker’s Wild was one of the shows he liked as a kid, and as other game show revivals popped up in recent years, he wanted to join the party. “I’m fun, I’m exciting, I’m engaging, and that’s what game show hosts do,” said Dogg, adding that The Joker’s Wild is “an old show, with a new twist, with a fly host.”