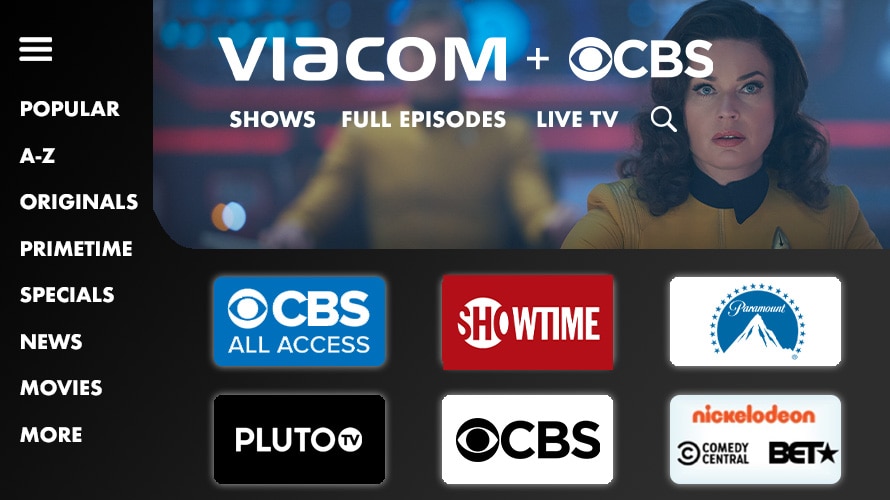 Despite its smaller size compared to rivals, the newly formed ViacomCBS has a head start on streaming. Illustration: Trent Joaquin; Sources: Viacom, CBS

After a summer of negotiations, CBS Corp. and Viacom on Tuesday announced an all-stock merger of the two companies, creating a media behemoth that will boast $28 billion in revenue and 4.3 billion cumulative TV subscribers around the globe.

The combined company, named ViacomCBS, isn’t as big as some of its competitors. Disney, AT&T (which owns WarnerMedia) and Comcast (which owns NBCUniversal) have all added significantly to their entertainment and tech offerings through mergers or acquisitions within the last decade. But despite ViacomCBS’s smaller size, the new company has an advantage: its considerable portfolio of streaming assets.

When CBS and Viacom’s various streaming offerings come under one giant umbrella, the company will have about a half-dozen existing subscription and ad-supported services, some of which have been around for years and already boast millions of subscribers. They  range from subscription video on demand (SVOD) platforms to free ad-supported video on demand (AVOD), along with livestreaming options that feature television programming like sports and awards shows. Meanwhile, Disney, AT&T and Comcast are busy just readying their own streaming services to hit the market later this year or in 2020. 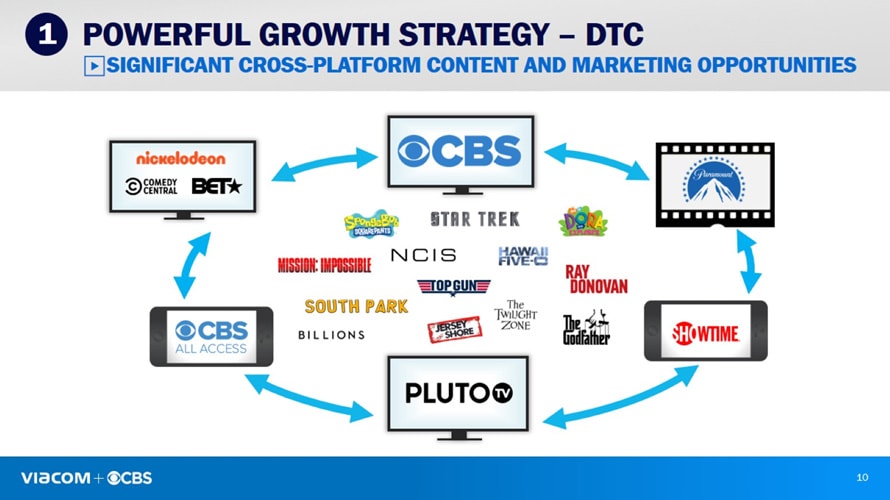 ViacomCBS’s competitors aren’t exactly strangers to streaming—Hulu and ESPN+ are counted among Disney’s assets, HBO Now among AT&T’s. But their offerings don’t yet contain the variety of price points and breadth of offerings of a combined ViacomCBS, giving the company a considerable head start and some sure footing in the ongoing streaming wars. That streaming strength is one that ViacomCBS is emphasizing to investors.

“This transaction creates one of the most important content companies in the world, and positions us to be a global leader in DTC,” Viacom CEO Bob Bakish, who will become president and CEO of the newly formed company, said Tuesday on an investors call.

“CBS is off to a pretty good start”

CBS Corp. has for several years been investing in both the SVOD and AVOD sides of streaming television, populating them with the company’s deep library of content and its existing broadcast offerings. The two-tiered SVOD and live service CBS All Access, which has been around since October 2014, features original service-specific shows like Star Trek: Discovery as well as live and on-demand television programming. The CBS subsidiary Showtime, which is offered as a premium cable add-on, also has its own over-the-top streaming service.

On the free side of things, CBS Corp. created services like CBSN and CBS Sports HQ, which feature live content and library clips available for free and supported by advertising.

Viacom, prior to the merger, was a newer entrant into the streaming television space, but it went after AVOD in a big way with a $340 million purchase of Pluto TV earlier this year. The subscription service fray, Bakish told Adweek at the time, was becoming too crowded, and Viacom “didn’t have the capital horsepower to go into it,” which motivated the interest in Pluto TV.

Viacom hasn’t entirely shunned SVOD services, though. Earlier this year, the company announced plans for BET+, a subscription service from BET Networks and Tyler Perry Studios that will feature library and original content from black filmmakers like Perry and Tracy Oliver, part of an effort to build out niche subscription VOD offerings as a business complement to the ad-supported Pluto TV. The company also has Noggin, a kid-centric subscription service from Nickelodeon.

Tuna Amobi, a senior analyst at the investment research firm CFRA, said the combined assets give ViacomCBS scale, depth and reach that make it appealing to consumers at different price points, instead of trying to compete solely in the SVOD space.

“CBS is off to a pretty good start on their own in terms of All Access and Showtime OTT,” Amobi told Adweek. “What I like about the combined company is that they are going to have a convergence of business models, from a subscription-based business from CBS and an ad-based business from Viacom.”

There’s another benefit, too. Bakish said the company will leverage its free ad-supported offerings as a “powerful traffic funnel” to direct consumers to niche paid offerings.

It remains to be seen how exactly the ViacomCBS merger will play out organizationally and where its streaming pieces will fall. Bakish on Tuesday said Viacom content would soon make its way over to CBS All Access, and that CBS content would soon migrate to Pluto TV, and suggested that there was no time to waste.

“There is nothing at all preventing us from moving forward in terms of beginning to unlock that opportunity in the very near future,” he said.

Might there be a ViacomCBS streaming bundle in the future, similar to the forthcoming bundled service from Disney that will include Disney+, ESPN+ and Hulu? It’s still early days, but Bakish told investors that the company would look at potential combinations “in an integrated way” while considering the individual identities of the services and brands.

Amobi said those distinct brands would work well in such a bundle down the line.

“The distinct measures of both brands is something that will work in their favor in the DTC world,” Amobi said.