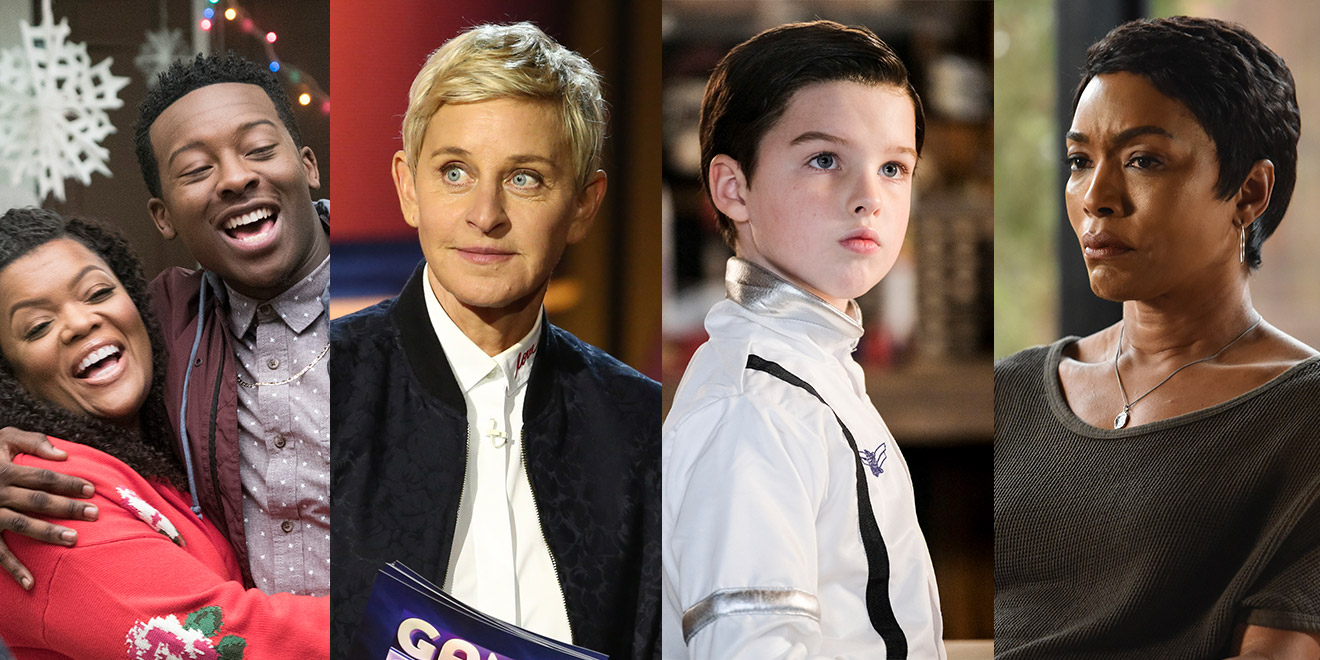 The Mayor faltered this season, while Ellen's Show of Shows, Young Sheldon and 9-1-1 have all been freshman hits. ABC, NBCUniversal, CBS, FOX

The broadcast rankings in the 18-49 demo this season are identical to one year ago: NBC is in the lead, followed by Fox, CBS, ABC and The CW. However, all of the networks are down year-over-year in the demo (except for The CW, which is flat).

The drop in linear ratings continues as a handful of new shows have broken out—including Young Sheldon, The Good Doctor and 9-1-1—with other potential big series in the works, including ABC’s revivals of American Idol and Roseanne.

Adweek asked execs at each of the broadcast networks to weigh in on what makes them optimistic about how this TV season has unfolded—and what worries them.

What he’s optimistic about this season: “I’m optimistic about a lot of things, because we have had Will & Grace come back strong, and we’re in a great position ratings-wise. I’ve been really encouraged by the premiere of Ellen’s Game of Games. To have an 8 o’clock 2 rating [in P2+, or total viewers] for a big family show is a rare occurrence in our business, and that gives me hope.”

What worries him this season: “[T]he continued fractionalization of the audience and the tonnage of shows that are out there for people to get hooked on. I don’t think that’s going to change, and it just gets harder and harder to get an audience on a given night in a certain time period. I’m really happy that people are delaying shows that they don’t watch in a linear fashion, but we’d always love to have more people watching the night that we air these shows.”

What he’s optimistic about: “There’s so much competition—I think there’s almost 500 shows and 60 outlets—and you can still break out. We had The Orville and The Gifted, ABC had The Good Doctor, CBS had Young Sheldon. And we have momentum for midseason shows [like 9-1-1]. I think when you have really great concepts from great creators, despite all of the noise out there, you can still make an impact, and a big one. In a business of failure, it’s always nice to see success—even sometimes when it’s not yours.”

What worries him: “We will continue to develop IP [intellectual property] and like to exploit it as much as the other networks and film studios, but one of the trends that I see, especially in drama, is that many of the great writers feel like they need to have some pre-established IP before they come in with their own show. And I would just like to keep reminding creators that their story [can] break out just as much, and sometimes even more, like Empire and This Is Us. I’m always saying to writers, ‘What’s your story? How can we get that to feel as powerful and have the same kind of scope as pre-established IP?’”

What he’s optimistic about: “[This season shows] that new shows can still bring people to the set. Young Sheldon has the best numbers in roughly 20 years for a new sitcom, so that’s certainly reason to feel good. A couple of our other dramas are improving time periods; that’s good news.”

What worries him: “There’s just a lot of shows out there. And it’s hard to be heard, and it’s hard for new shows to break out. So when you do get one, it’s certainly rewarding.”

What she’s optimistic about: “Obviously, the thing that makes me super excited is The Good Doctor. It was a show that I believed in from the very beginning. I had such faith the minute [executive producers] Daniel [Dae Kim] and David [Shore] came in with the idea. I knew it was a winner. Then, once we landed Freddie [Highmore] in the role, I was extremely excited. You always hope that something you love so much is going to resonate with people, and it really has, so that’s been great.”

What worries her: “The one thing that disappointed me was The Mayor. It was a show that I really believed in, we put a lot of muscle behind it, and it just didn’t connect, and that’s always frustrating. I do think that maybe the political bent had a little something to do with it, but that’s the real headscratcher for me.”

What he’s optimistic about: “What’s been optimistic—it might or might not be the [winter weather]—is you see a lot of people returning to broadcast television right now. I hope those numbers hold up, but that made me smile.”

What worries him: “I think everyone had a rough fall. I wish it was a better fall, but personally, we’re seeing huge digital growth.”